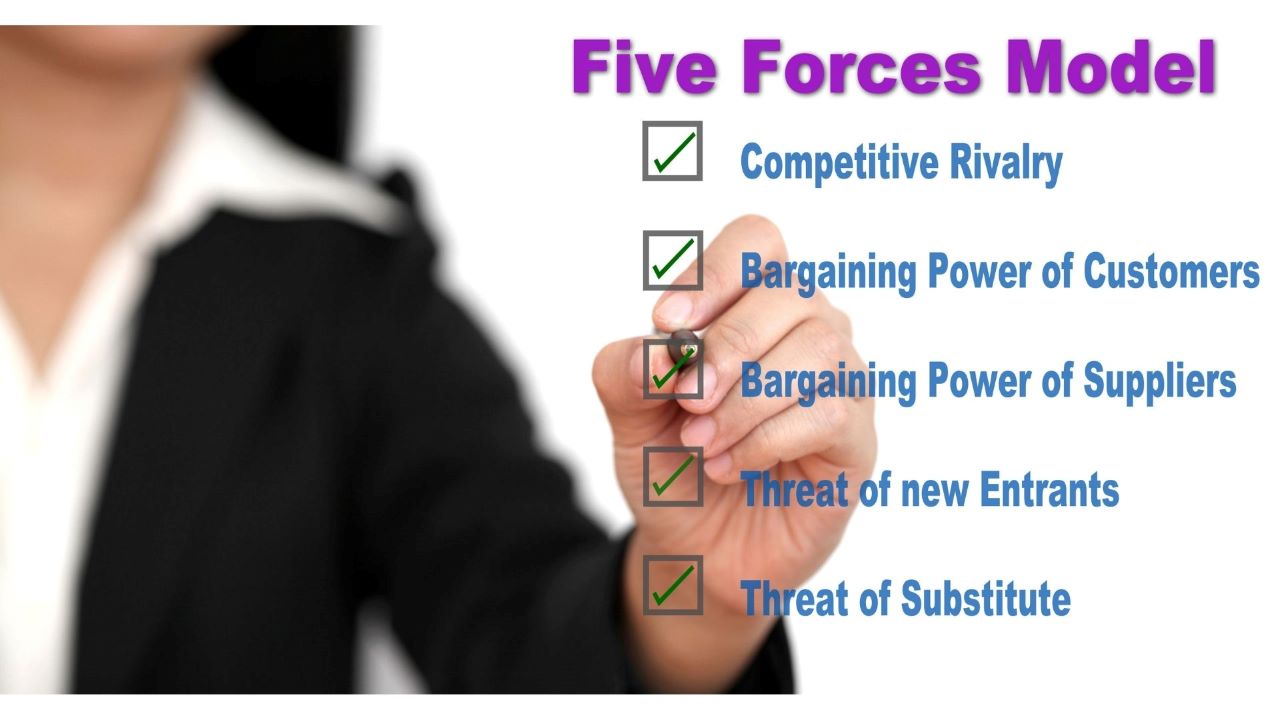 As an entrepreneur you instinctively understand that you are going to face competition from the day you start business. As part of your planning, you have identified your competitors, you understand their product offerings, you know their price points. You have compared your product to theirs and have assessed the comparative merits of each.

Back in 1979 Michael Porter articulated forces other than your competitors that influence not only an individual company’s success but also the profitability of an entire industry. To help understand what this forces are, let’s take a look at the airline industry.

Most people know that airlines operate on low profit margins when times are good and lose money when times are bad. Sadly, for airlines the bad times outlast the good times. Every economic shock, every oil price hike, even each new virus outbreak destroys their profitability. Why should this be? Why have few, if any airlines, managed to maintain a long-term reasonable return on their invested capital. (ROIC).

The reason can be explained by Porter’s five forces.

The most obvious factor is the rivalry between competitors. Airline pricing is notoriously competitive. Load factors drive profitability. The higher the load factor, that is the percentage of seats filled on any flight, the higher the profitability. The US Department of Transport in a study reported that the average breakeven load factor for “profitable airlines” was around 77%. The breakeven load factor for airlines that had gone bankrupt was 114%. As you cannot fill 114% of the seats on a plane it’s no wonder, they went bankrupt. A lesson for all of us entrepreneurs there, make sure that your pricing strategy is covering your overheads at achievable volumes.

Closely linked to competition force, is the bargaining power of buyers, or in this case the passenger. Thanks to the hub and spoke network used by US airlines US passengers have a great deal of choice. I used to regularly fly between two small US cities Portland Maine and Greenville South Carolina, I had a choice of a number of airlines and routes to choose from. Similarly, here in Asia my airline of choice would be Singapore Airlines, but I would not hesitate to switch to another airline if Singapore airlines pricing got out of line. Airline passengers have a great deal of bargaining power and little loyalty.

What about the bargaining power of suppliers? Fuel is the highest single cost on any flight, it’s a commodity, airlines must pay what the suppliers demand. Landing slots are in short supply at many airports, so fees are high. A unionized work force keeps wages high. Especially pilots, there really is no substitute for a well-trained pilot. Aircraft are expensive, although there is fierce rivalry between Boeing and Airbus, it is a duopoly. They can only build some many planes a year.

There are alternatives. You could choose to drive, take a train or bus to get to your destination.

The threat of new entrants is high. New airlines are popping up all the time. Often, they use a penetration pricing strategy when they start a new route, forcing incumbents to lower their prices. Often the incumbents undercut the newcomer to force them out of business.

To sum up: Intense rivalry between competitors, suppliers and buyers have strong bargaining power, the threat of new entrants is high and there are substitutes. That the airline industry in consistently one of the poorest performers is not a surprise. What is a surprise, is that so many people want to enter the airline industry.

As an entrepreneur you are the threat of a new entrant that your competitors face. What can Porter’s theory tell you about the reaction you can expect from your competitors? Look at the barriers to entry for your market. Are they low? Or are they high? If the barriers to entry are low, then you can expect little retaliation from entrenched competitors. If you hang up your shingle as a coach or consultant, it is not very likely that other coaches or consultants are going to react to you market entry. Setting up a coffee shop has a slightly higher barrier to entry, but it is still low. Open up your new enterprise three doors down from a Starbucks and Starbucks is not going to change its strategy to squash you. They will continue their current strategy of continually updating their stores and menus to retain their existing customers and attract new customers, but they are not going to target your store.

Conversely when the barriers to entry are high you can expect a very strong reaction from incumbents. Setting up a silicon chip plant cost billions. India has been trying to encourage the industry to come to their country for some years now, offering incentives of up to $1 billion dollars to anyone wanting to build a chip manufacturing plant in the country. At the start of this year, 2022, they announced even more incentives to encourage the industry to come to India. And guess who has announced that they intend to build a plant in India?  Intel! I am sure it makes sense to Intel on solid business grounds, there is a global shortage of chips, India with its huge population is an attractive market and there is a good supply of technical talent. But I wonder how much of this is a pre-emptive strike by Intel to make it more difficult for a new competitor to take advantage of the generous incentives.